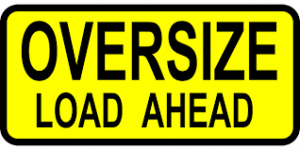 I’m working on a new weekend project that will be released as soon as I finish the Windows application and it will be released as open-source open-hardware project. The uber-cryptic title stands for “Power-supply Active Load tester”.
Recently I was in need for a simple device that will draw reasonably precise amount of current from my power supply unit under test and read the voltage and current draw. There are a lot of schematics and products that do just that, or you can do this just with two digital multimeters, op-amp, mosfet and potentiometer and that will probably work just fine, but I wanted to create my own version and try to improve it. 🙂

The project has been released as Open Source Open Hardware and all of the necessary information is located on this page and also on GitHub. 🙂

If you don’t want to hear how I got this idea and why I did this project, you can skip this paragraph. 🙂
I had some weird issues with my Raspberry Pi model B that started to annoy me. It worked just fine until at random point it freezes the device, and I had to power off-on the device to get it started again. After some testing, probing, experimenting I deduced that the cause of this problem is the power adapter. The Raspberry Pi current draw peaked around 300-400 mA, and power adapter can handle that easily, but for some reason (seek more details about drifts in PS units) if Raspberry Pi tries to draw 300-400 mA from the power adapter for longer period of time, the voltage of the power adapter starts to drop significantly. Since I bought cheap 5V 1A power adapter, I was not surprised but that gave me an a idea for my weekend project.

I wanted to make a affordable and reasonably precise device that will be able to: You can see the device schematic below. This is the demo and proof of concept and keep in mind that I’m using the components that I have laying around, although all of the components are easily available. I’ve built my own PCB and tested the device and it works just like I wanted.
PAL Tester Schematic v0.6

What I would greatly appreciate at this point:
I’m experienced programmer and I will create the Windows application that will be able to communicate with the device and the application will be written in vb.net, c# or python. However if you are interested in helping out, you can and in a lot of ways:

If you wish to get more information about this project, please contact me via email, Skype or any other way you find most convenient for you.

Further documentation (API, Schematic, Source-Code, UART communication samples and everything else) is available on request [mainly because I expect it to be tweaked few times before initial public release]

This site uses Akismet to reduce spam. Learn how your comment data is processed.